PPL usage rise through the lockdown

Since the London Market began remote working near the end of March, Placing Platform Limited has been tracking activity and performance as brokers and underwriters increasingly use the platform to transact business.

The Financial Times wrote an extensive piece (Financial Times 13th May) in which they talked to many market practitioners about the changes in working habits that the London Market was seeing through the lockdown. Matthew Wilson, CEO of BRIT was quoted as saying: “There has been a lot of negativity and noise around PPL, but it has stood up and it has been the saviour of the London market”. 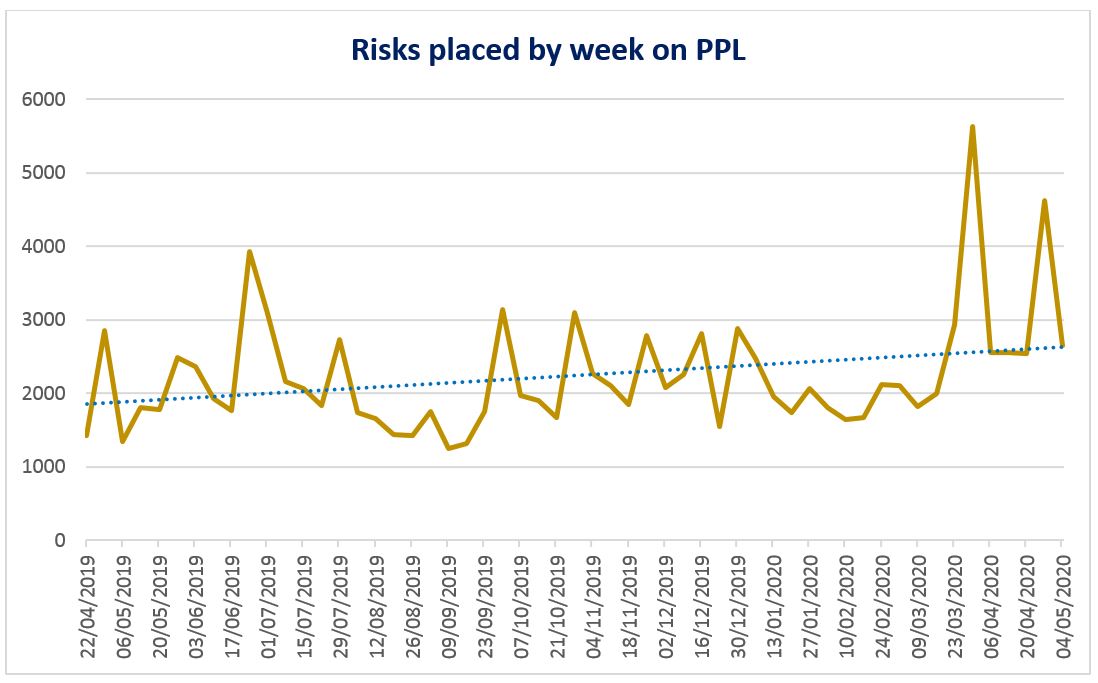 Highlights in recent usage include:

March 31st was a record week for the volume of trades on PPL, with 5,600 risks placed – around 2,000 risks higher than the previously weekly high.

There is also a steady flow of new companies – both underwriters and brokers, looking to join the platform with eight new  contracts agreed in March and April and another dozen in the process.